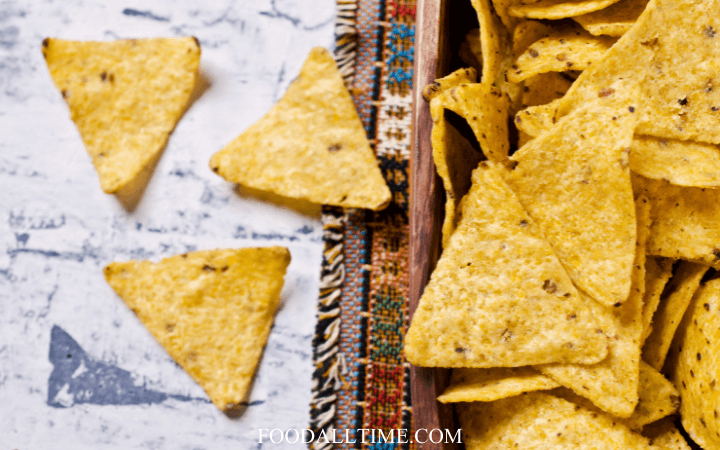 Affiliate Disclosure: Every purchase made through our affiliate links earns us a pro-rated commission without any additional cost to you. Here are more details about our affiliate disclosure.

An appetizer or snack made from tortilla chips or totopos topped with melted cheese (or a cheese-based sauce), nachos are a Mexican regional dish from northern Mexico.

The dish can be elaborated by adding additional ingredients which are substantial enough to function as a main course.

Anaya’s original nachos were created in 1943 at the Victory Club, a bar in Piedras Negras, Coahuila. Anaya first created the dish by mistake when he ran out of chili con carne and decided to create something new for his customers.

The mix was originally topped with sliced pickled jalapeno peppers, which are sometimes omitted due to differing interpretations of the original recipe.

The cheese was cheddar, and later jack cheese became the most popular choice for nachos in American restaurants. Some restaurateurs have created their own recipes, using blue cheese or other types of melted cheese.

In Mexico, nachos are not typically made with cheese sauce, and usually do not contain olives or sour cream, but rather diced jalapeño peppers and sometimes tomatoes. Queso dip is also a common topping.

The original nachos recipe was invented by Ignacio “Nacho” Anaya when he accidentally dropped a tray of tortilla chips into melted cheese, which came out tasting very good. He then added sliced pickled jalapeños, which gave nachos their present spicy flavor.

Today restauranteurs and food vendors commonly add cheese sauce to nachos or a layer of refried beans instead of chips; these are not considered authentic Mexican-style nachos.

Nachos Chips is a snack made from cornmeal (Makai ka atta) and plain flour. Over the years it has become a popular snack in almost all restaurants. It is served hot as an accompaniment with salsa, cheese, beans, and sour cream.

You Can Make Them At Home Too

Nachos Chips is very easy to cook and does not require any great culinary skills. Here is our recipe for making Nacho Chips One of the best accompaniments with dips these Nacho Chips made at home are pretty inexpensive but delicious.

I have fried them, but you can bake them for a healthier version. Let us share our Nacho Chips Recipe with you today.

I love these nachos with homemade Salsa Dip. Here is our recipe for the salsa dip.

Serve these spicy nachos with a cool, refreshing, and tangy Salsa Dip or hot Jalebi-Kebab.

For more yummilicious recipes, check out our collection of snacks from the below link or visit me at “Food AllTime“ on YouTube.

You may like to try our other similar recipes like Yummy Mexican Salad with Nacho Chips, Corn Tortilla, Plain Tortilla, and Homemade Refried Beans and also learn How To Make Best Homemade Multi-Purpose Salsa Dip.

How To Cook Nachos Chips Recipe 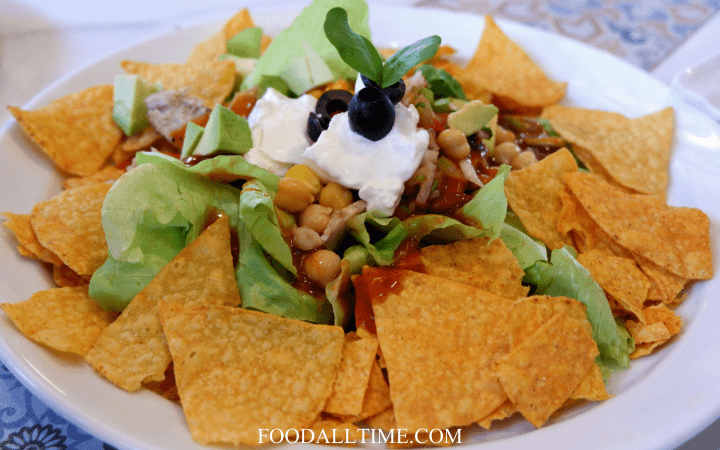 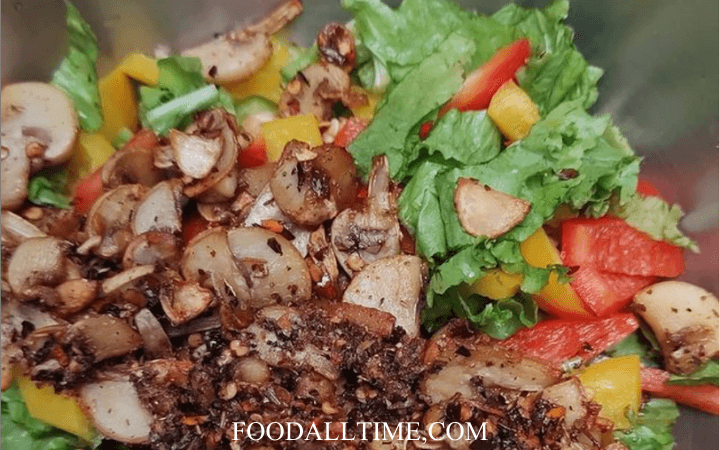 Nutritious Tossed Salad with Stir-fried Mushroom There is a certain sense of contentment that one gets from eating mushrooms. I can never tire of this earthy delicacy. Tossed salad with stir-fried mushrooms and fresh vegetables provides an interesting balance between raw and cooked in one dish. This low-carb vegan dish is both healthy and filling… How To Cook Easy Traditional Greek Salad Recipe The Greek Salad has a lot of fresh vegetables and is very healthy. It is not only a great way to use the summer produce but also makes a perfect picnic salad or a side dish. If you are wanting to do something entirely different to do… 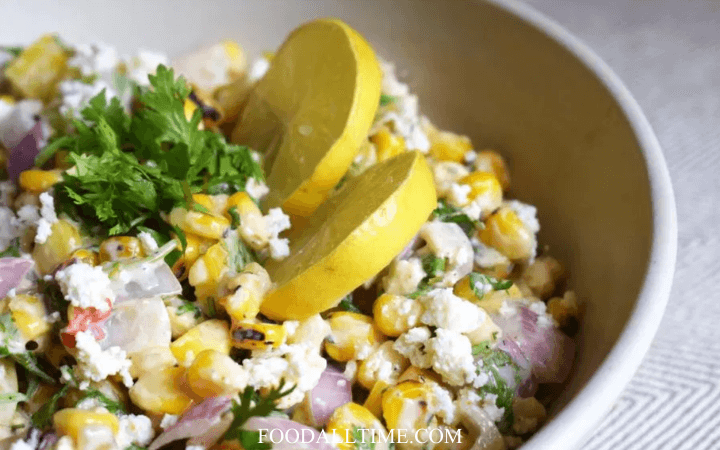 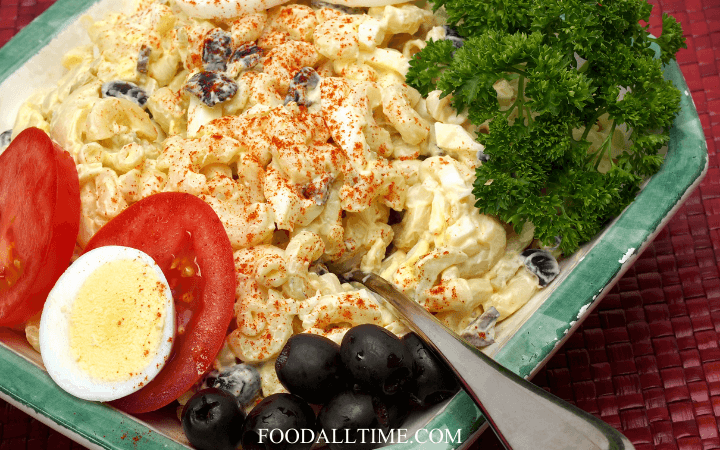