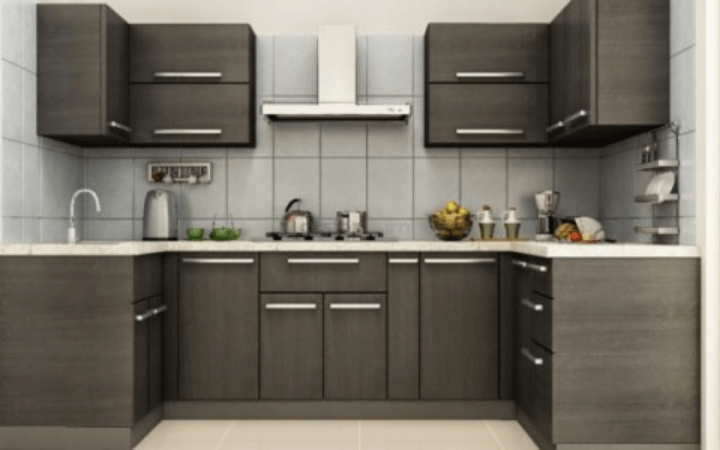 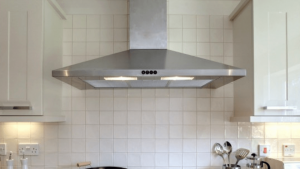 Things to Consider Before Buying a Chimney

Whichever online kitchen chimney you have decided to buy, must first fit in your kitchen, have good suction power. Chimney filter type you buy should be compatible with your cooking habits and dietary preferences. We are sharing some of the tips that you must consider before purchasing the chimney online.

Chimney filter types are classified into three categories depending on the structure, material and filtering process. 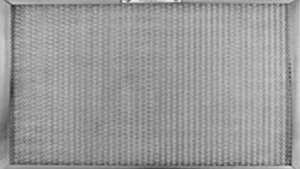 Cassette filter is made of aluminium mesh that is stocked on each other. The gaps between the mesh allow air through it. Grease and oil particles get caught in the mesh aluminum threads.

These grease, oil particles slowly clog the mesh and directly affects the suction power of the chimney.

That’s why cassette filters need to be washed and cleaned once a week for delivering better performance.

To clean the chimney, immerse cassette filter in a bucket of detergent water for some while, wash with cleaner water. If need you can scrub too. 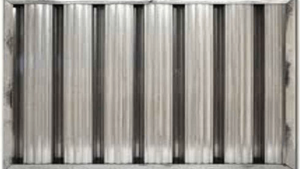 The baffle is a flow control panel. Baffle filter crafted in a multiple curve structure. When smoke and fumes pass through these curve heavy oil/grease and smoke particles are dragged down in baffle filter.

The Chimney’s suction power isn’t affected even though, baffle filter is filled with grease and oil.

It is an effortless task to find baffle chimney online, look for the product description and search for the word “baffle”. The baffle filter needs considerably less maintenance. Baffle filter needs to be washed once in 3 months — these filters have the capacity to run several years without being replaced. 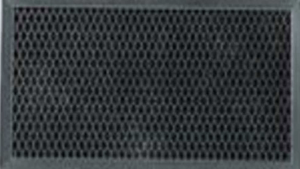 In the case of recycling, a chimney carbon filter is used along with the baffle filter or cassette filter.

The oil and smoke particles get clogged inside the carbon filter and further reduces the suction power and performance of the chimney.

Depending upon the intensity of your cooking, these filters need to be replaced on a six-monthly basis.

Buying decision on what type of kitchen chimney you want depends on the kitchen structure and its construction, location of the cooking platform, hob and stove.

You can choose them based on the possibilities where the chimney can easily fit. Kitchen chimney is divided into 3/4 categories. 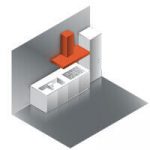 This Kitchen chimney is fitted against the wall and cooktop, hob is also located adjacent to the wall. 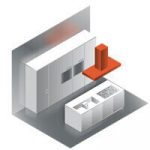 Kitchen chimney hangs from the ceiling above the cooking top/hob. The cooking platform, the hob is located at the center of the kitchen, away from the wall. 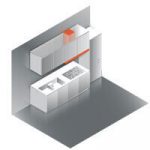 The Built-in chimneys are integrated inside the kitchen wood furniture work against the wall. 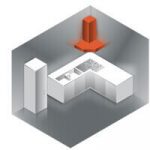 Corner chimney is normally fitted in the corner of the kitchen where the cooking top, hob located at corner against the wall.

As it names, auto cleaner chimney is capable of cleanly maintaining its parts. The air mostly contains oil particles. When this air passes through the auto clean chimney, its turbine blower forces air to move towards the chimney walls.

During this process, whatever oil is present in the air gets stuck to the container walls and is collected in an oil collecting bowl. This detachable oil collector has to be washed on a monthly basis.

The oil and grease particles are deposited in the oil tray/bowl. Once it is filled, the user has to take out and empty the container and fit back into place. However, auto-clean features collect all the oil and grease. The small amount of oil and grease gets stuck in baffle filter too as years progress. 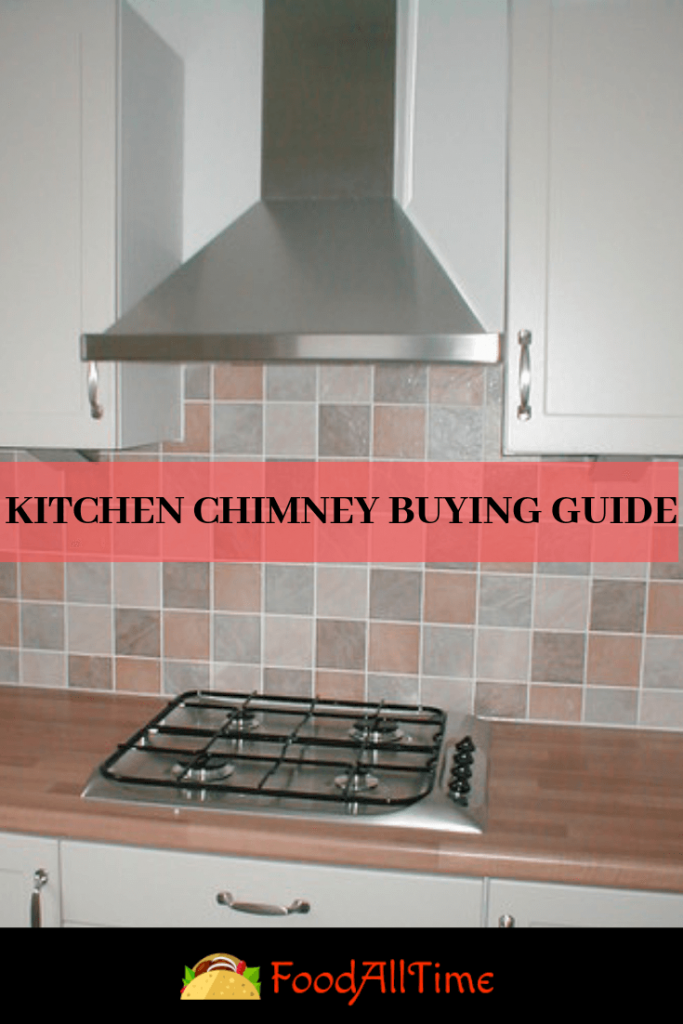 Ductless Kitchen chimney ducting is nothing but extracted smoke air which is exhausted out of the kitchen atmosphere without ducting or recycling.

Smoke particles that are captured and clean air is released again back into the kitchen. 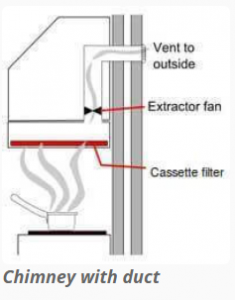 Chimney with duct is instrumental in removing heat from the kitchen. Usually, Chimneys with ducts are more effective, but its ducting, pipes disturb the kitchen’s aesthetic sense.

However, chimneys with duct are inexpensive but if you need lengthy ducting then it includes the additional cost on your pocket. 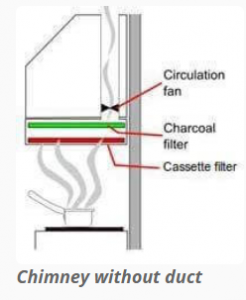 Whereas, chimney without duct effectively filters the air, removes the odour, and releases the air back into the home.

A chimney without not disturbs any kitchen interior, but it has the overhead of regular replacement cost of the carbon filter.

There are 2 types of kitchen chimney designs available depending on the factor of how they look.

Convectional kitchen chimneys made for full practical use, are found in most of the kitchens.

Conventional chimneys are available with the ducted mode as well without duct/recycling. These type of chimneys are focused on performance.

Contemporary kitchen chimney is designer’s choice and is mostly used in modular kitchens for aesthetics, style as well as a status symbol.

These Contemporary kitchen chimneys are made of stainless steel with glass, crystal and come in a variety of colours

Chimney suction power totally depends on the size of your kitchen and home. For a house with 1 to 3 rooms, 500 m3/hr to 650 m3/hr suction power chimney is sufficient.

If you are still confused, please follow the thumb rule for chimney suction power is kitchen should able to changes the air ten times/hour.

It calculates the air volume in your kitchen by simply calculating the volume of the kitchen then multiply kitchen chimney volume by 10.

You can decorate the kitchen aesthetically with beautiful hobs too. Many kitchen chimney brands are available online. All you need to do is check chimney price online

One of the major players in selling a huge range of chimneys in India is Snapdeal.

However, depending on the chimney type and filter type you have to work hard to shortlist chimneys on Snapdeal too.

Amazon is next in the queue. Flipkart has fewer numbers of chimney models.

Kitchen chimney prices greatly vary depending on the size. The price range of 60cm size chimney starts from Rs.6000 onwards. Whereas, 90cm size s price starts from Rs.12000 in India.

Most of the chimney manufacturers provide free installation feasibility — so you need not worry yourself about the installation charges.

However, if you are thinking to mount chimney outside the exhaust point or very far from the wall, it needs additional ducting/piping which skyrockets the total cost. 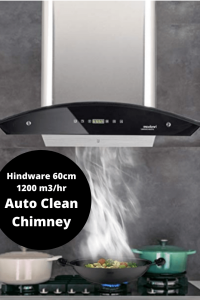 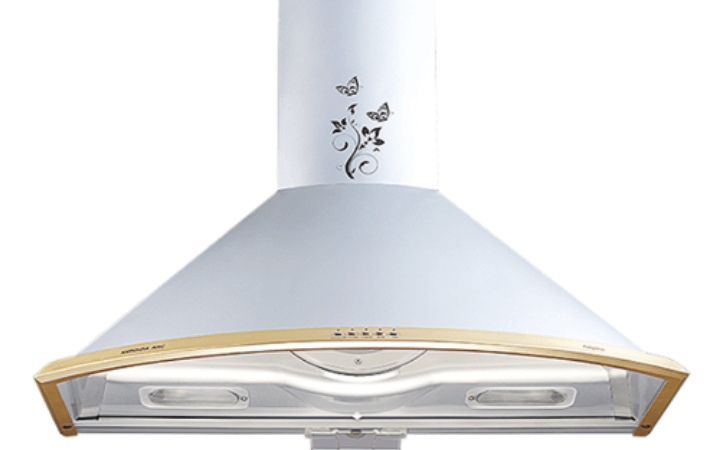 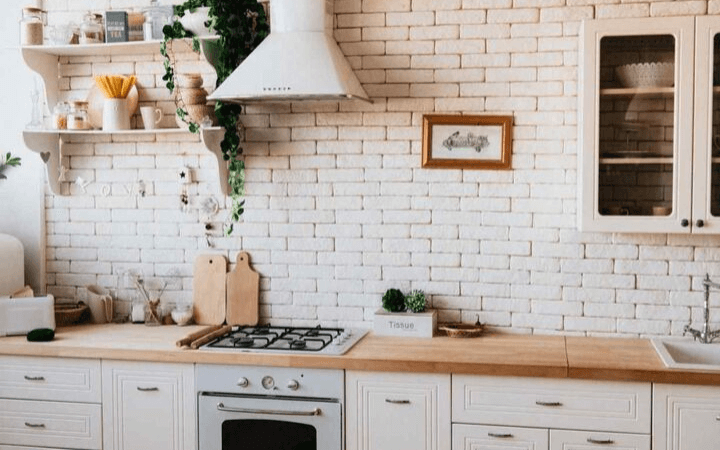 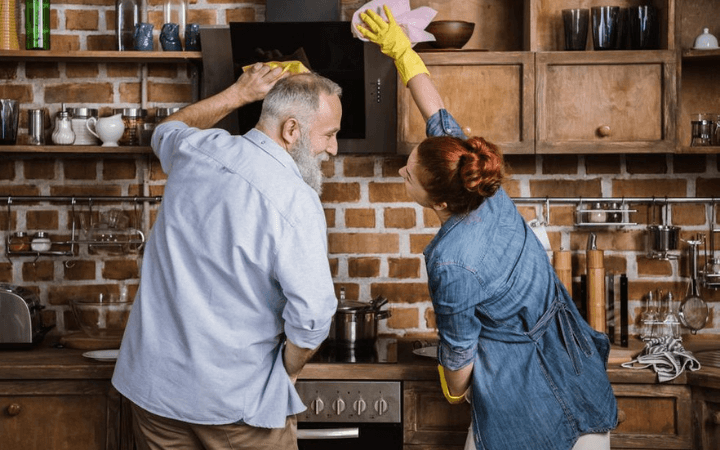 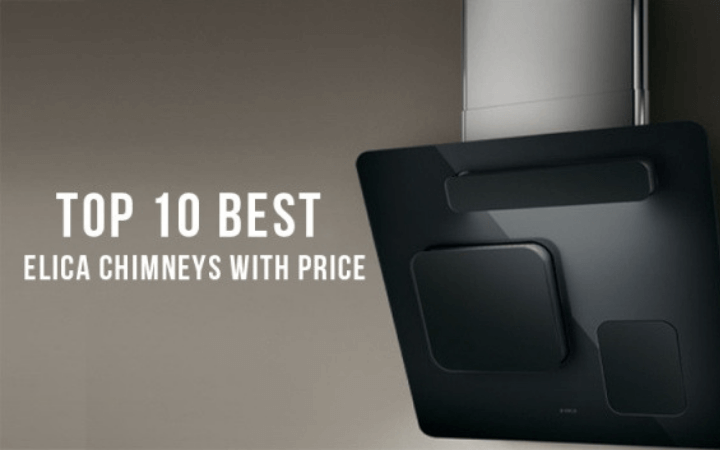 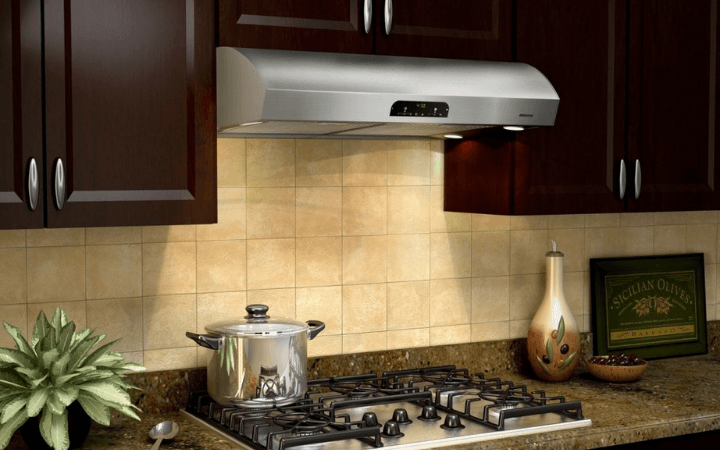