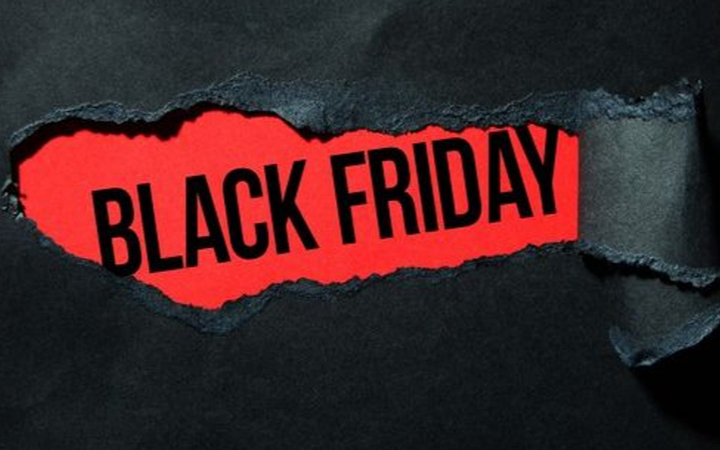 What is Black Friday- Sales and Trends

The history reveals that it was always a busy shopping day long before Black Friday got its popular name. In the year 1950, people began calling in sick the day after Thanksgiving to enjoy a four-day weekend.

Since stores were open, those playing hooky used to get a head start on their holiday by shopping. Instead of verifying who was legitimately sick, gradually businesses added the day as yet another paid holiday.

A dealer in rare stamps, Earl Apfelbaum, was the one who first recorded it in 1966. In his advertisement, he said that…’Black Friday’ is the name that the Philadelphia Police Department gave to the Friday that followed the Thanksgiving Day.

Black Friday was not an endearing term for them, but it officially opened the Christmas shopping season in the city’s center. It usually brought about massive traffic jams and over-crowding of sidewalks as the downtown stores were mobbed from opening to closing.

This season is important for the economy, especially for retailers, such as jewelers.

Black Friday and Thanksgiving are still the busiest shopping days for stores, but gradually the traffic has been declining.

As compared to the traffic in 2017, it fell as much as 9 percent in 2018.  Compared to 2016, the number of people visiting stores was 4 percent greater than what it was in 2017. The in-store videos to count the shoppers were analyzed by RetailNext Inc.

In 2016, saw a massive surge of people; approximately 101.7 million-odd people braved the crowds. That’s fairly more than the 74 million witnessed in 2015. The next stressful day was a Saturday when 64 million people went to stores.

Only 33 million people shopped on Sunday. The fewest of all, i.e.29 million, left their homes on Thanksgiving Day 2016 to buy. In a nutshell,  approx 137 million people went over to stores over the four-day Black Friday weekend in 2016. That’s one third more than the 102 million people in 2015.

More people went online since stores put their best deals on their websites. Online sales for Wednesday through Black Friday was 26.4 percent higher than in 2017, estimated the Adobe Systems. In 2017, online sales were up by 18%.

Black Friday and holiday shopping season go hand in hand. It includes November and December, according to the (NRF)National Retail Federation.

Surprisingly, all the best Black Friday deals are not necessarily on Black Friday. Many retailers, including Amazon, offer deals earlier upstaging the Black Friday itself. The competition this year is so fierce that the stores are innovating new ways to get your money.

Research reveals that most deals for electronics are offered at the onset of November. November 22 is the best day for deals on Christmas decor. Discounts are 23% on average. The best day to buy toys usually is a day prior to Thanksgiving.

There are a massive number of deals that hit their peak in the week prior to Thanksgiving. For the entire week, the average in-store discount is 20 percent. This discount increases to 37% on Thanksgiving day, Black Friday, & Saturday.

Online sales are the maximum on Thanksgiving Day and not on Black Friday. The average discount is 24%. It’s one of the best days to find online discount deals for sporting goods, computers, apparel, and video games, etc.

But, Black Friday itself is an excellent day for all types of online deals on TVs, tablets, appliances, and jewelry. The days from Thanksgiving through Cyber Monday capture 20 percent of all online holiday shopping.

Using these statistics will help you to get the best Black Friday deals. Besides, don’t forget the sales offered to the customers on Green Monday (which is usually the second Monday of December). It’s often the last day to shop online and to ensure that your package arrives before Christmas.

However convenient the online stores may be bu going shopping to your nearest and favourite brick-and-mortar store is a novelty and has a charm of its own.

Stores like Amazon, Flipkart, Snapdeal, Best Buy, and Walmart are trying to get Black Friday shoppers back into their stores by offering exclusive deals. Although shoppers will never completely turn their back upon their favourite brick-and-mortar stores, they expect retailers to offer convenient online alternatives too.

To compete with Amazon, Best Buy has provided some of the most popular items in their stores exclusively for online buyers. Walmart additionally has stocked its stores with Electronics like DVDs, grocery, home products, pajamas, and other things that customers love to pick up in stores. However, more than 75% of the most popular toys were bought on Walmart.

Stores have to rally all their skills to convince shoppers to get dressed, get into their cars, and drive down to pick up and select merchandise. As a result, retailers are less likely to build new stores. That hurts commercial real estate, neighborhood shopping centers, and jobs.

Hot Favourite Buy of the Season

Now you don’t need to delete your precious games from PS4 consoles to make room for new ones. You can now happily store 100+ games with 4 TB of portable hard drive storage.

Encounter no-lag gaming and full-throttle performance with this external hard drive and dive into the action with swift step-by-step setup settings and plug-and-play USB 3.0 connectivity.

You don’t need a power cable. This game drive highlights the classic black and blue design of PS4; it’s the classic confederate for any gaming setup.

Additionally, its compact design renders it travel-ready signifying that the adventure can go anywhere with you. 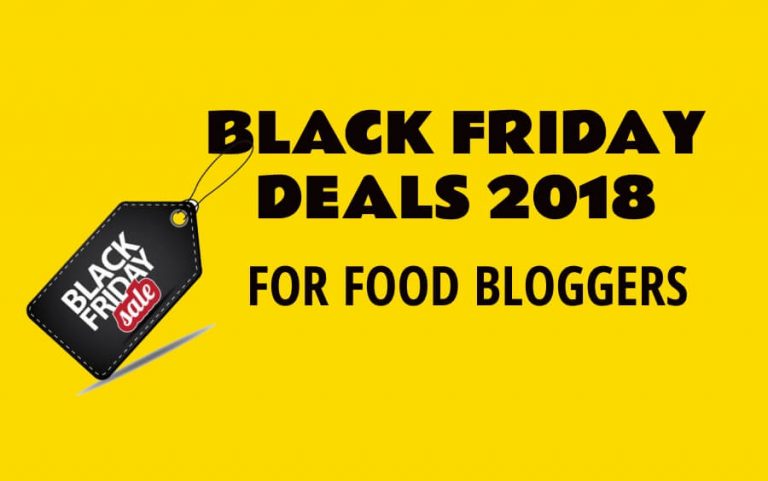 Best Black Friday Deals 2018 | Cyber Monday Deals | Recommended Tools for Food Bloggers What is Cyber Monday? Cyber Monday is one in all the biggest buying events in the international market. It takes place yearly on the Monday after Thanksgiving and Black Friday, this means that this year it will take place on… 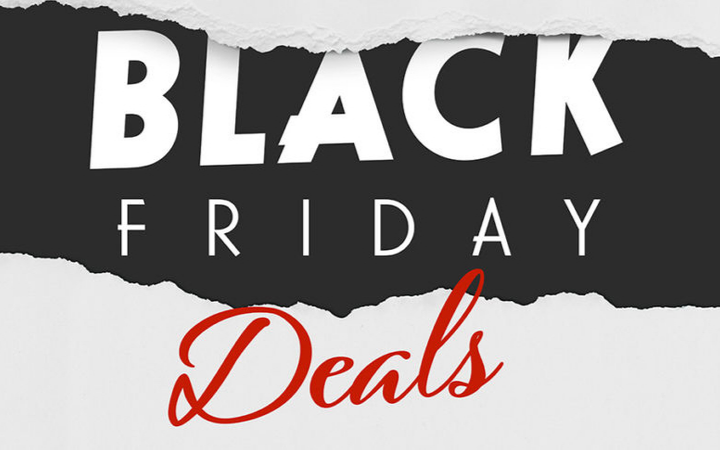 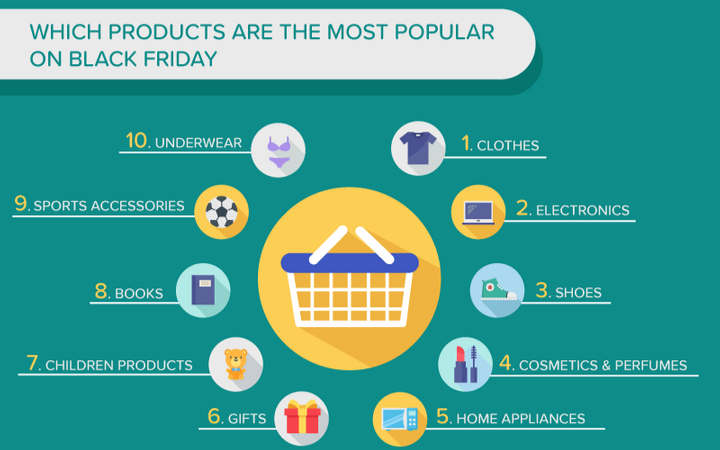 India and Black Friday 2019 On FoodAllTime you’ll find all the information about Black Friday from around the world as well as in India. We’ve researched this event in different markets so that you don’t miss anything at all. What’s more, you’ll even find the best discounts in your country including India which is the…

This website uses cookies to improve your experience while you navigate through the website. Out of these, the cookies that are categorized as necessary are stored on your browser as they are essential for the working of basic functionalities of the website. We also use third-party cookies that help us analyze and understand how you use this website. These cookies will be stored in your browser only with your consent. You also have the option to opt-out of these cookies. But opting out of some of these cookies may affect your browsing experience.
Necessary Always Enabled
Necessary cookies are absolutely essential for the website to function properly. This category only includes cookies that ensures basic functionalities and security features of the website. These cookies do not store any personal information.
Non-necessary
Any cookies that may not be particularly necessary for the website to function and is used specifically to collect user personal data via analytics, ads, other embedded contents are termed as non-necessary cookies. It is mandatory to procure user consent prior to running these cookies on your website.
SAVE & ACCEPT