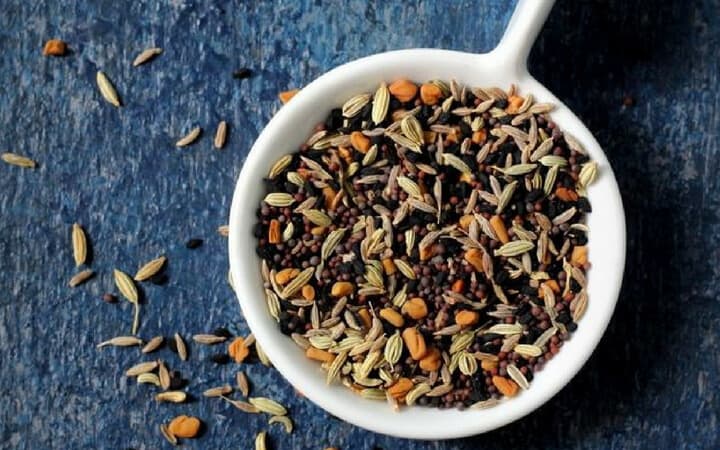 Panch Phoron literally means “five spices.”  This blend of spices is commonly used in Eastern India and it consists of the following seeds:  Cumin, Black Mustard, Fenugreek, Nigella, and Fennel.

The spices are left whole (depending on how they’re being used) and are either dry-roasted or fried in oil in order to coax out their pungent flavors.

Panch Phoron is also a delicious addition to any “carb-like” foods such as bread, potatoes, and naan bread and with a dash of mint, it tastes awesome.

Panch Phoron preparation is quite extraordinary which can be easily prepared at home by adding 1tsp of all the mentioned spices.

There hardly have words to describe its flavor.  It’s simply awesome. It can turn a mundane pumpkin into a mouthwatering dish to be relished.

Panch Phoron adds a wonderful depth and flavor to any dish it’s added to and brings it to life.

A quick spice blend to make, give it a try and you’ll be reaching for it any time you have a hankering for authentic Indian food.

I will be posting some more of my recipes in the near future that call for this spice blend.

A hearty and delightful Indian “five spice” blend that is gratifying as a rub for meat/fish preparations, added to Indian foods, sprinkled on roasted greens and potatoes, and spattered on or incorporated into breads before baking.

The first ingredient of Panch Phoron is Fennel Seeds/Saunf. India is the largest exporter of fennel seeds, widely known as saunf. Use of fennel seeds/saunf is integrated into our daily lives.

From a mouth freshener to being used in vegetables and curries, tea and even paan we Indians have a habit of using it everywhere as per our need of it.

The age-old practice of most Indian households is to have few fennel seeds or saunf at the end of every meal.

So if you think it is only to freshen you gotta think again. The secrets of health can be found in the simplest ingredients in our kitchens.

According to Ayurveda, fennel seeds reduce all 3 trodosha (vata, pita, kapha), it’s great for acne and keeps cancer away.

The second ingredient of Panch Phoron is Jeera/Cumin. Spices play an important role in making a dish more flavorful.

Indian cuisine is especially known to have some of the healthiest traditional spices as its main ingredients. Cumin is one such spice that forms an integral part of various dishes in the Indian cuisine.

Commonly known as Jeera/Cumin it is usually purchased in the form of whole dried seeds or as ground powder. It is a typical ingredient in many spice blends, such as curry powder.

It is brownish in colour and oblong shaped, tapering at each extremity with tiny stalks attached.

Cumin is a staple spice in many cuisines, especially Mexican, Indian, African, and Asian. Apart from cooking, cumin has also been used medicinally in many parts of the world for some years.

I generally fry or roast them before usage. They also form an integral part of tempering in my recipes.  The health benefits of cumin include its ability to aid in digestion, improve immunity, and treat skin disorders and insomnia.

It also helps treat anaemia, boils, cancer, and respiratory disorders such as asthma and bronchitis.

The third ingredient of Panch Phoron is Fenugreek/Methi Dana. Fenugreek or Methi Dana is one herb whose leaves and seeds have been used since millennia our Indian cuisines.

Fenugreek, commonly referred to as ‘Methi’ in Hindi, has made a permanent place for itself in many households.

Traditionally, fenugreek leaves are dried and preserved to be used later in gravies. It lends a smoky flavour to the gravies. Its seeds have been used as a condiment to promote better health and as a potent hair potion.

But recent research indicates that they can do much more than that. From adding flavour to dishes and controlling diabetes, to inducing labour, fenugreek seeds have had diverse benefits for your skin, hair, and health.

The fourth ingredient of Panch Phoron is Kalongi/Black Cumin, Nigella Seeds. Also known as black cumin, nigella or by its scientific name Nigella sativa, kalonji belongs to the buttercup family of flowering plants.

The kalonji, or Nigella seeds, is an interesting spice. –it adds a beautiful aroma to the dishes when used for tempering.

It has a flavour that you can’t quite nail. In India, dry roasted kalonji is used for flavouring curries, dal, stir-fried vegetables, and even savouries such as samosa, pickles papads and kachori among others.

In addition to its culinary use, kalonji is known for its medicinal properties. Fighting Acne, Keeping a Check on Diabetes, Increasing Memory and Alleviates Asthma, Controlling Blood Pressure, Protecting the Kidney, Easing Joint Pain and Strengthening Immunity are only some of the enormous benefits of this herb.

When you’re buying nigella seeds, remember to check the pack carefully; the seeds are beautiful and jet black and shouldn’t look stale or grey.

Storing nigella is important. Always store it in a dry place and make sure it doesn’t come in contact with moisture.

You normally won’t be using it in normal tempering on a daily basis so don’t buy large quantities of kalonji. 100 grams can take you a long way, so buy in smaller portions.

This will prevent the seed from losing its aroma and benefits by sitting on the shelf for too long.

It is also used in non-vegetarian dishes to enhance the taste of meats and fishes. It can also be used for pickling and in chutneys.

Brown mustard seeds are used for garnishing, once sautéed in oil a little. Another great way of putting mustard seeds to use is in salad dressings. Make sure you don’t overcook mustard seeds or their taste may turn bitter.

Benefits of mustard seeds are many and popularly used for taste generally in hot dogs, burgers, pizzas and commonly used as tempering in Indian cuisines and pastes for gravies of fish in Assam/Bengal.

Where mustard sauce is very much preferred. In India, we consume the seeds as well as the leaves of mustard seeds. Sarson Da Saag is a hot favourite in winters.

Some of the mustard seeds health benefits are – cancer treatment, rheumatic arthritis, migraine, is known to relieve respiration congestion, good source of dietary fibre that improve digestion, a number of nutrients present in mustard seeds like copper, iron, magnesium and selenium also assist in the treatment of blood pressure and menopause relief.

Sulphur present in mustard seeds is known for its anti-fungal properties. Always store mustard seeds in a cool place in an air-tight container so that it is sealed properly.

Whole mustard seeds can last up to one year (at least) and powdered or ground ones last as long as six months.

Take Our QUIZ To Test Your Knowledge On Indian Spices? 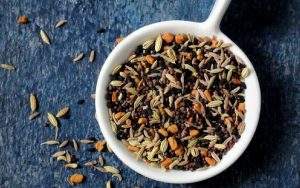 Description: Panch Phoron literally means “five spices.”  This blend of spices commonly used in Eastern India and it consists of the following seeds:  Cumin, Brown Mustard, Fenugreek, Nigella and Fennel.  The spices are left whole (depending on how they’re being used) and are either dry roasted or fried in oil in order to coax out their pungent flavours.

Recipe Instructions: Combine the seeds in a small bowl. Store in an airtight container. Depending on what kind of dish you make with these seeds, they can either be fried briefly in oil or dry roasted to coax out their rich flavors. 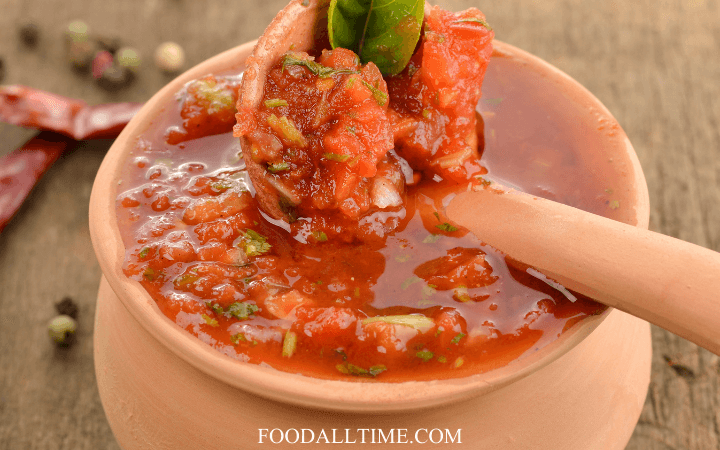 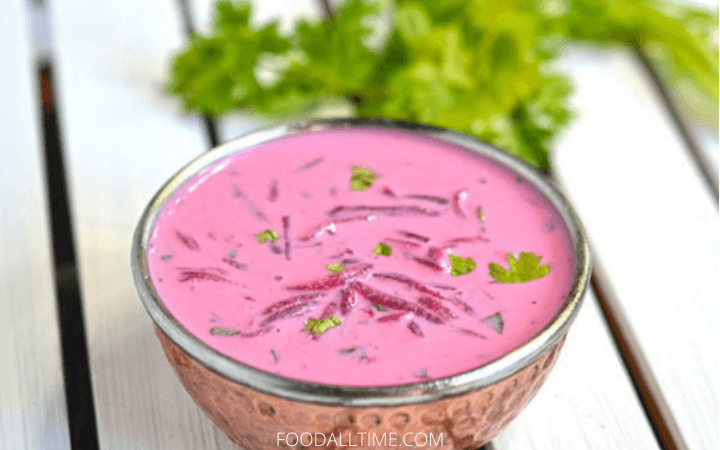 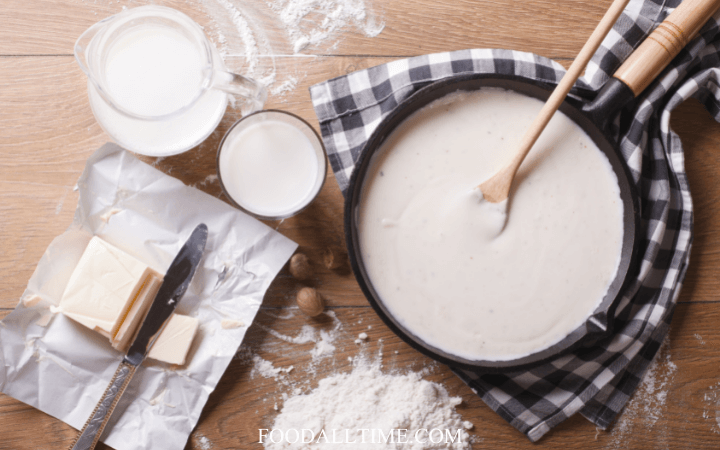 Best Homemade Bechamel Sauce/White Sauce Recipe It is a simple, easy-to-make sauce, bechamel sauce is also known as white sauce. This sauce is used as a base to prepare soups, sauces, and stuffings. It is considered one of the key ingredients in making macaroni cheese. There are three different types of white sauce: béchamel (white),… 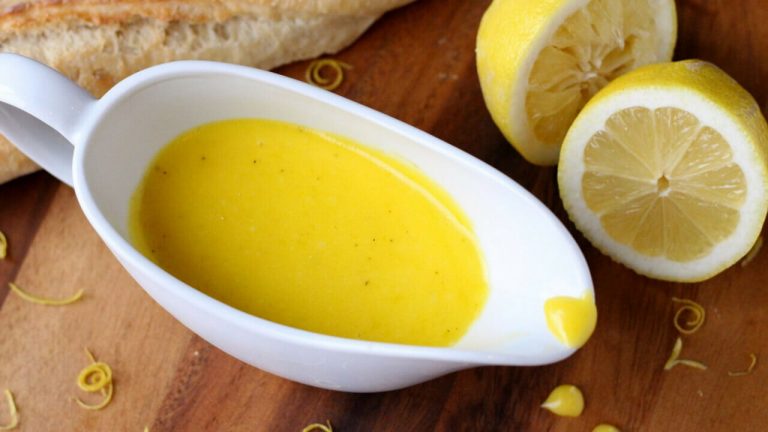 Hollandaise Sauce Made Easy In a Blender I absolutely relish everything about brunch. Eating a late meal of poached eggs, French toast or egg benedict on a lazy Sunday, complemented with a hot cup of coffee is a highlight of the week for me. If you like your brunch to be savoury, then it’s likely…

12 Best Achar and Pickle Recipes of India Pickles native to South Asia are made from various vegetables and fruits preserved in brine, vinegar, or oil along with various spices. In the South, pickles are known as achar or achaar, athanu, loncha, oorugai, or avakaai. In India, one of the most important ingredients used is… 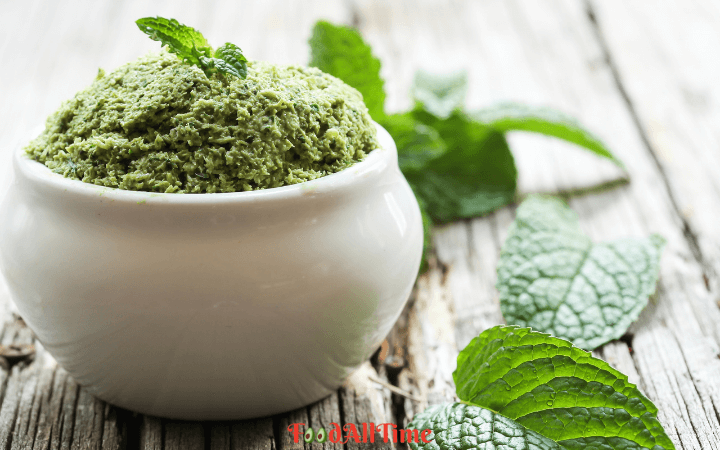 Easy Homemade Coconut Chutney Recipe Coconut chutney is the most traditional chutney consumed in South Indian cuisine. It goes especially with Idli, Vada, and Dosa. It can be made dry or wet and served either as a side dish or as a dip. Coconut chutney is usually made with freshly grated coconut, but desiccated coconut…

This website uses cookies to improve your experience while you navigate through the website. Out of these, the cookies that are categorized as necessary are stored on your browser as they are essential for the working of basic functionalities of the website. We also use third-party cookies that help us analyze and understand how you use this website. These cookies will be stored in your browser only with your consent. You also have the option to opt-out of these cookies. But opting out of some of these cookies may affect your browsing experience.
Necessary Always Enabled
Necessary cookies are absolutely essential for the website to function properly. This category only includes cookies that ensures basic functionalities and security features of the website. These cookies do not store any personal information.
Non-necessary
Any cookies that may not be particularly necessary for the website to function and is used specifically to collect user personal data via analytics, ads, other embedded contents are termed as non-necessary cookies. It is mandatory to procure user consent prior to running these cookies on your website.
SAVE & ACCEPT