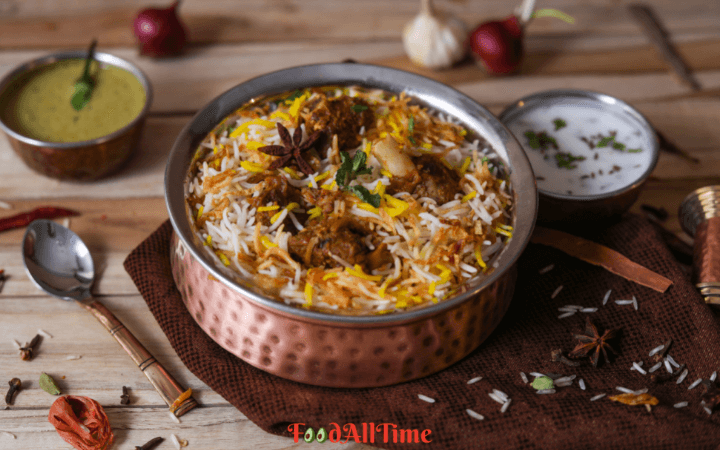 The Biryani that was Worth a War, is Definitely Worth a Try!

It is said that a magical kingdom called Behrouz existed 2000 years ago and that its recipe of layered rice and secret spices made it popular around the world.

Commonly known today as biryani, this Indian dish enticed both kings and masses.

It is said that the recipe was lost forever when King Cyrus laid siege to Behrouz until it was discovered amongst the ruins.

With this special post, I bring to you the copycat version of the lost recipe of homemade Behrouz Biryani.

Unlike the typical Indian/Pakistani version of biryani, its aromatic spices are subtle and ample raisins, and cashew nuts bring the royal touch.

I had the original biryani and was so overcome by the taste that I gave my son 100 marks for his tastebuds. Though my recipe won’t be 100% the same as that of the restaurant, it will hit pretty close.

This way, you don’t have to shell out loads of cash for the whole family to enjoy it, and you can make it within your budget.

However, the spices are subtle, the raisins and cashew nuts add a royal touch, and the aroma is unlike usual Indian or Pakistani biryani.

Behrouz Biryani is not for someone looking for only an onion and tomato concoction in terms of quality and quantity.

I would recommend you to use chicken with bones for more flavor.

Same as above instead of chicken use vegetables

Product Description: This is 100% pure kewra water and can be used in pudding, dessert, food and sweet preparations. Can also be used for fragrance in home linens, towels, fragrance diffusers, or face mist. It is suitable for food purposes (100% dehydrated). 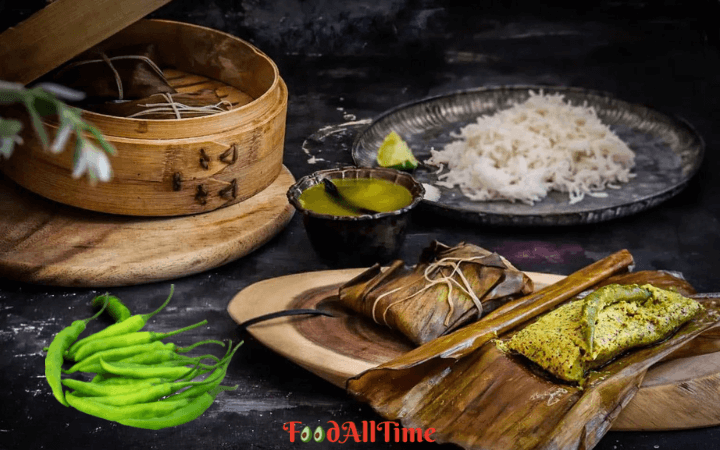 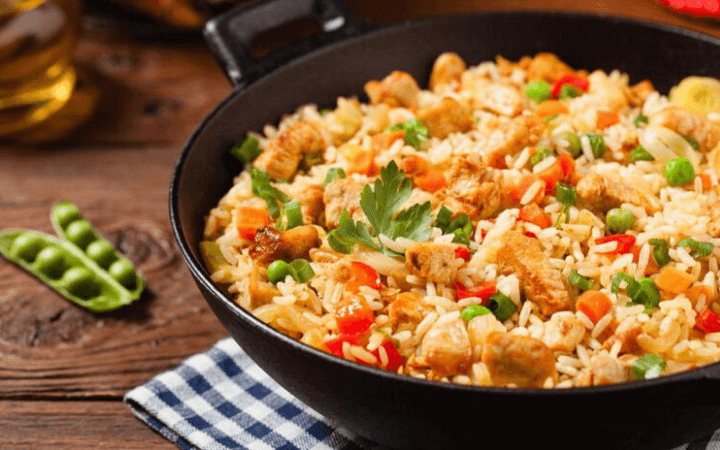 How To Cook Fried Rice The Simple Way My entire family loves Chinese food. My kids absolutely adore the simple and yummylicious fried rice in the way I cook and could probably eat an entire bowl if I’m not looking. It never is a lot of work to cook fried rice. They absolutely love it… 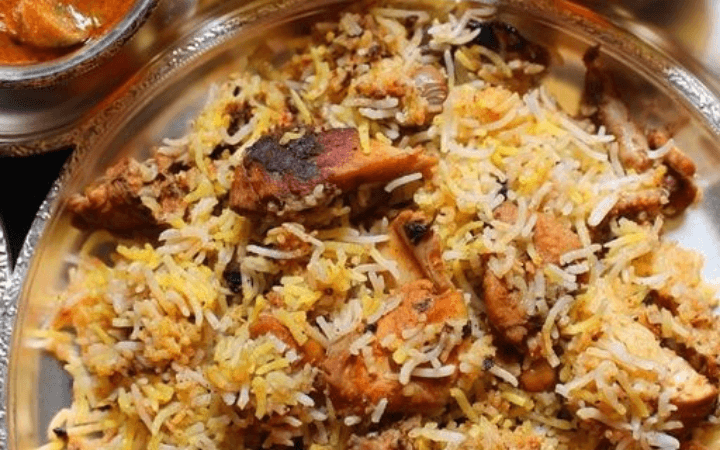 Mouthwatering Mughlai Chicken Dum Biryani Chicken Dum Biryani is yet another culinary treasure from the Royal Mughal kitchens. This smooth chicken Biryani recipe reminisces the rich culinary historical past of India. But, it is commonplace myth that conventional dishes are difficult to prepare as they need a whole lot of effort and time. Well, as… 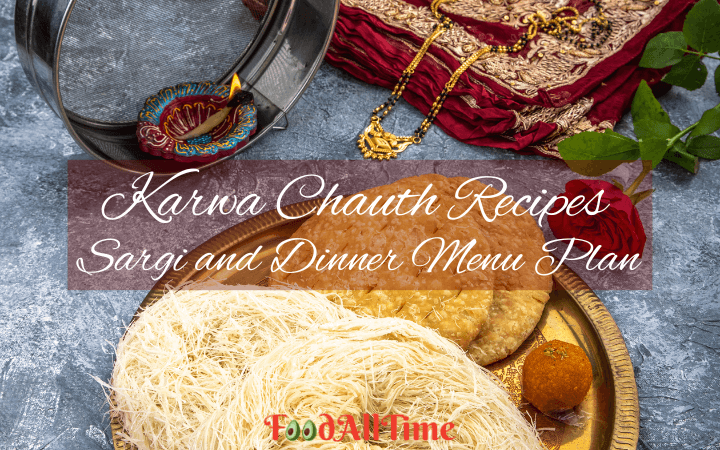 32 Karwa Chauth Recipes for Sargi and Dinner Menu Plan Karva Chauth is a festival celebrated by North Indian women on the fourth day after the poornima (full moon,) of the Hindu month of Kartik. On this day, married women fast from sunrise to moonrise for the safety and long life of their husbands. Karva… 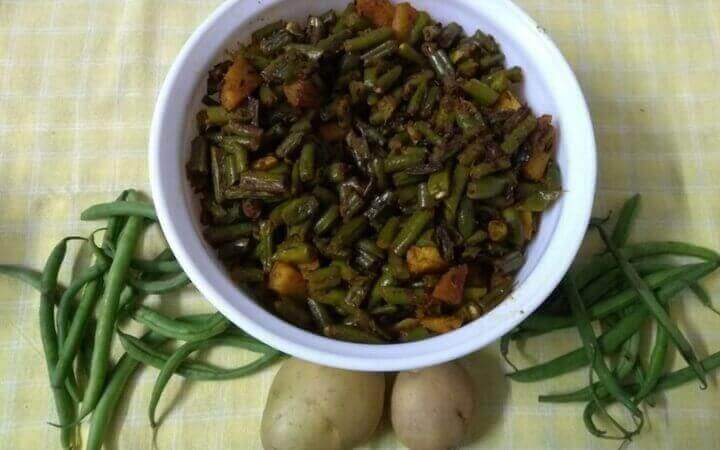 Green Beans Sabji फ्रेंच बीन्स की सब्जी Spiced and tasty beans and potato recipe is made with minimum ingredients and spices and yet taste very good. It is a simple recipe that does not need much cooking time and minimum ingredients. It is cooked dry sans any gravy. Though my mother cooks it better than me… 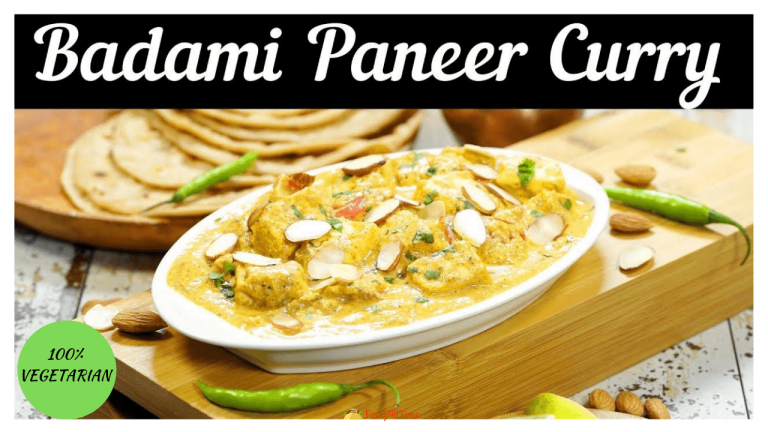 How to Make Badami Paneer Masala Story of Indian cuisine records back to nearly 5,000-years ago when multiple groups and cultures associated with India that led to the heterogeneity of flavours and regional cuisines. Indian cuisine constitutes of several regional cuisines. Religious and cultural choices and traditions also influence Indian food. The multifariousness in culture,…